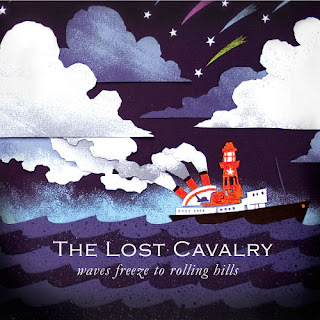 Mark West of The Lost Cavary was previously guitarist with indie-folksters Fanfarlo although I’m not sure at which point in time they parted company (he’s listed as one of the song-writers on "Resevoir" at Discogs). Since 2009 he has been singing and playing ukulele and concertina in The Lost Cavalry alongside Dave Roberts (drums), Oliver Whitehead (bass), Nick Goold (guitars) and Toby Atkins (glockenspiel, melodica). Now their sound is not a million miles away from Fanfarlo but no bad thing I say. 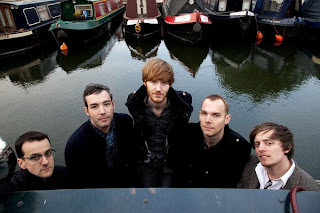 Lead track ‘Oh Sally’ is a love song to the trapeze artist of the title that brings to mind the theatrical story-telling of The Decemberists. The contrast of wheezy concertina and gentle glockenspiel and its swinging rhythms brilliantly capture that jumble of satin-spangle and saw-dust, the rough magic of the Big Top. The other three songs on this EP are more cryptic: I suspect ‘The Elephant of Castlebar Hill’ is about the last thoughts of a circus elephant before he collapses and dies based on a true-life incident from 1889 in West London (I found the reference in this curious MP profile of all places). The song is neither overly-sentimental nor oddly eccentric but as quietly moving and dignified as the animal of the title. Both ‘Secret Steps’ and ‘Only Forward’ hint at escape and new lives, of solitary beaches with ocean noise in your ears or of being far away at sea. The former is the song that for me sounds closest to West’s old band: a mid-tempo, yearning verse gives way to swelling chorus underpinned by marching drums.

August is a difficult time to release an EP (out on 2 August on their own label). Most people’s attention seems to be on festivals - and The Lost Cavalry don’t appear to be playing any this year or even leaving London. However with the summer release schedules quiet I hope this works in their favour. “Waves Freeze To Rolling Hills” is an unassuming record, it doesn’t shout for attention, but is too good to be neglected due to the distractions of the summer holidays. Pitched somewhere between the drama of Fanfarlo and the delicate poise of The Leisure Society, these finely crafted, literate and wistful songs are well worth giving your time and attention to whatever the season.

[BUY "Waves Freeze To Rolling Hills"]
Posted by The Archivist at 7:54 am 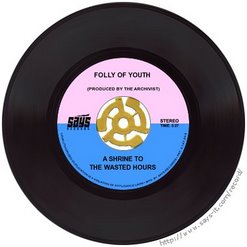